“How can a technology which is still in Beta be considered the next big web development framework?”

Well… based on my experience, the research I’ve done and the thorough analysis of the past 26 years of web development and the patterns that emerged along the way… All signs show that we’re at the beginning of a new generation of web frameworks.. and based on how this future will look like, Qwik is years ahead in making it a reality now.

The change is coming, it’s inevitable and it has already begun!

Luckily for us web devs it comes with lots of cool and exciting new technology innovations and opportunities reserved for early adopters.

So what are the patterns I discovered that no one else is talking about? What will be the mainstream way to develop web apps in the future? Why did I decide to put my chips on Qwik as the right investment to make?

All of that and more will be revealed in this talk.

Shai Reznik is known as "The Angular Testing Guy" and is the founder of HiRez.io and TestAngular.com. Being a leading part of the Angular community since 2012 Shai has been recognized by Google as an Angular Expert (and as a crazy person by his aunt! 😅) His "Test Effective Angular" courses and lectures have helped thousands of developers enjoy a stress free life and while increasing their code confidence, quality and efficiency. Over 170,000 developers watched his Angular talks online and just because you're reading this bio... you can enjoy a FREE testing workshop that will teach you 3 invaluable Angular testing lessons!

Learn from the Best Featured Speakers Companies that support our community Our Sponsors

By becoming a sponsor of JS Poland you will get an excellent opportunity to showcase your company and products to 1000 most active European developers. Such exposure will definitely help you to generate interest in your company, as well as allow you to find new business partners and potential employees. To learn more about our sponsorship offer, please fill in the form. 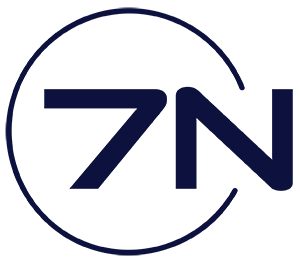 Sign up to receive updates about JS Poland, including workshops, speaker previews, ticket launches, JS Awards, JavaScript Master Podcast, Behind the Code Magazine, CFP details and other exclusive content. We won’t spam you and will only send you emails we genuinely think you’ll find interesting. You can unsubscribe at any time and you can find more information here.